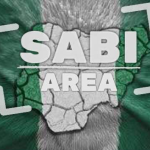 It is no more news that the level of traffic congestion in Lagos State is very high compared to other states in Nigeria, not surprising though since Lagos State is liken to a “mini-Nigeria” where all come to.

Below is a recent write-up on the traffic from http://thenationonlineng.net/motorists-traffic-blues/.

With an estimated 23 million people, 12 million of which commute daily on the 9,100 roads and expressways (2009 World Bank estimate), Lagos is the nation’s busiest state capital.

With about three million private and four million commercial vehicles, Lagos roads record no fewer than seven million vehicular trips daily. This is higher during peak periods, and much more during festive seasons due to the surge in travellers coming from other parts of the country.

The attendant cost of the loss such as diminished productivity, wasted energy, environmental degradation and diminished standard of living, imperil the quality of life, ebb away the state’s industrial competitiveness, make it (the state) one with a high cost of living index, all of which have continued to impacted on business and tourism.

Year after year, Lagos is witnessing a rising pressure on transportation, leading to debilitating congestion. Indeed, traffic congestion is widely viewed as a growing problem of mega cities such as Lagos, because the vehicular traffic volume in many areas continues to increase faster than the transportation system capacity.

The result is a traffic lock down, which slows down the economy, leading to capital flight as many investors and businessmen are relocating in droves to other friendly climes.

Beyond road infrastructure expansion, experts opined that the major bane of slowdowns on the roads is lane indiscipline. Drivers’ behaviour, many argued, accounts for over 95 per cent of causes of traffic gridlocks on the roads across the state.

“Congestion is a fact of life in a mega city like Lagos. The issue is not so much about the congestion, but how we manage to ease the impact of congestion. We must learn to use the roads better, respect the highway codes better, educate ourselves better and be more mindful of the people behind us,” a logistics expert, Patrick Adenusi, said.

Many road users, especially commercial bus drivers, according to Adenusi, founder of Safety Without Borders (SWB), are impatient and hardly obey traffic regulation.

In a working paper titled: “The socio-economic cost of traffic congestion in Lagos”,  presented by the Economic and Intelligence Unit of the Ministry of Economic Planning and Budget in July 2013, vehicle ownership was identified as another major cause of road congestion in Lagos.

Data from the Lagos Bureau of Statistics (LBS, 2012) showed yearly increase in vehicles registered in Lagos State from 2009 to 2011 and about three-quarter of newly registered or renewed vehicles, were privately owned. This has grown even more exponentially since then.

Lagos has continued to experience traffic congestion because many car owners find it more convenient to travel to work by their cars rather than being cramped inside public transport.

The problems besetting Lagos roads are multi-faceted. While many have said the narrow width of the roads has been inadequate for the volume of vehicles plying them, others insisted that the over concentration of vehicles on a single mode was the greatest headache of the state.

Dean, School of Transportation Studies, Lagos State University (LASU), Prof. Samuel Odewunmi said though the state could do with wider road network, attempting to rehabilitate all at the same time, as  being done, has contributed to the traffic lock down witnessed across the state.

Odewunmi, who, incidentally is a think-tank member midwifing the birth of transportation policy in the state, said if nothing is done urgently, Lagos would be unlivable by 2025.

According to him, the less-than-one per cent contribution of water transportation to the state’s transportation mix is unacceptable for a state globally reputed for its aquatic splendor.

He reasoned that though the state targets about two per cent of passenger traffic daily (which is about one million riders daily), when all its policies fully come on stream, the figure is still insignificant, pointing out that it should target a minimum of five per cent before 2019.

New Strategy
The government hinted that a transportation policy, for which a committee was put in place in September, is almost ready. The committee’s report would soon be presented to the state exco for approval.

It also said a number of initiatives would be released next month to arrest the continuous slide. It said an ‘Operation Violet’ may be ready to drive enforcement of its transportation law, which came into effect in 2012. This is part of a number of initiatives resolved to bring reprieve at a strategy session chaired by Governor Akinwunmi Ambode last Thursday.

He said: “The state government has a solution in sight. All we are waiting for is approval to activate the solution. It has resolved to immediately implement the solutions to ensure that Lagos residents can commute across the state with ease.”

Lawanson said the state government had fashioned out workable solutions to ensure free flow of traffic across the state, especially as the yuletide season approaches.

He said: “What we have done is that we have got feedback from men and women, who have been on the frontline, mainly traffic officials and then the Commissioner of Police was with us as well to give us the perspective of security.

“So, most of the issues have been thrown up. We have come up with what we think are solutions to make for better flow of traffic, especially as we enter the ember months and the holiday season.”
Olakpe, a retired Assistant Inspector General of Police (AIG), said the trailer park at Orile would be delivered very soon. He expressed optimism that it would go a long way to address the issue of trailers parking on roads and bridges.

He disclosed that LASTMA has recruited 1,000 new officers to be deployed to the road before the end of the year. The agency, he said, has resolved to extend its operations from 5am to 12 midnight daily, while the state government continues to patch potholes. He said LASTMA officials will be on ground to ensure free flow of traffic across the state.

On rehabilitation of deplorable roads, Olakpe said the meeting resolved to handle it in two ways: day time and night time, promising that there would be palliative measures immediately.

STILL I RISE FOUNDATION: IN THE BUSINESS OF HELPING PEOPLE.